Do you often suffer from stomachache, gas, bloating, constipation, or diarrhea?

Irritable Bowel Syndrome (IBS) is a chronic disease that occurs as a result of functional disorders in the gut, and it negatively affects the lives of millions of people, particularly women, around the world. This disease is observed approximately in 10-15% of the world population. 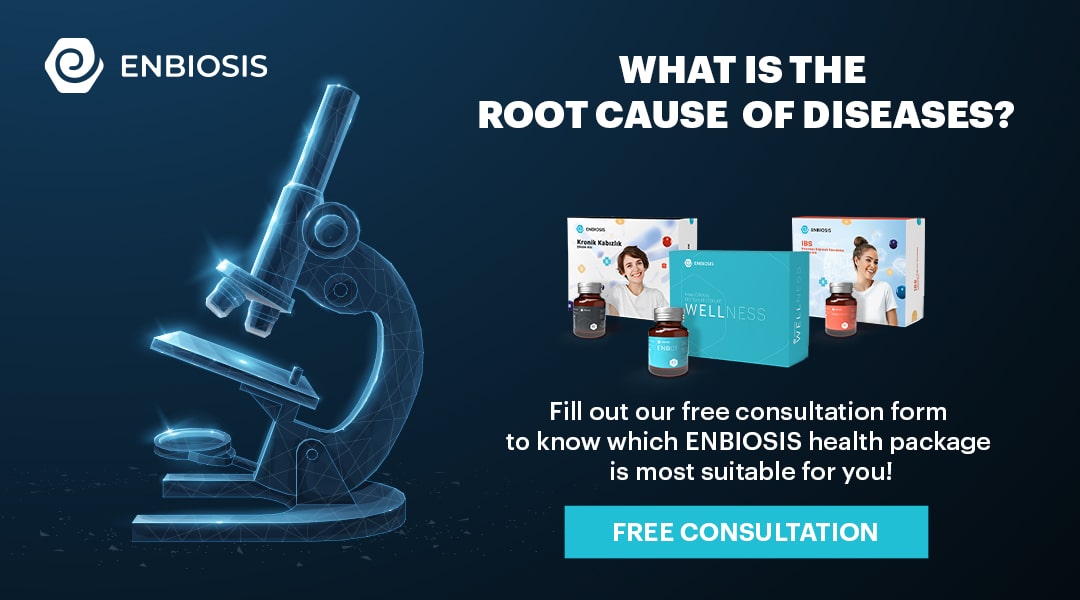 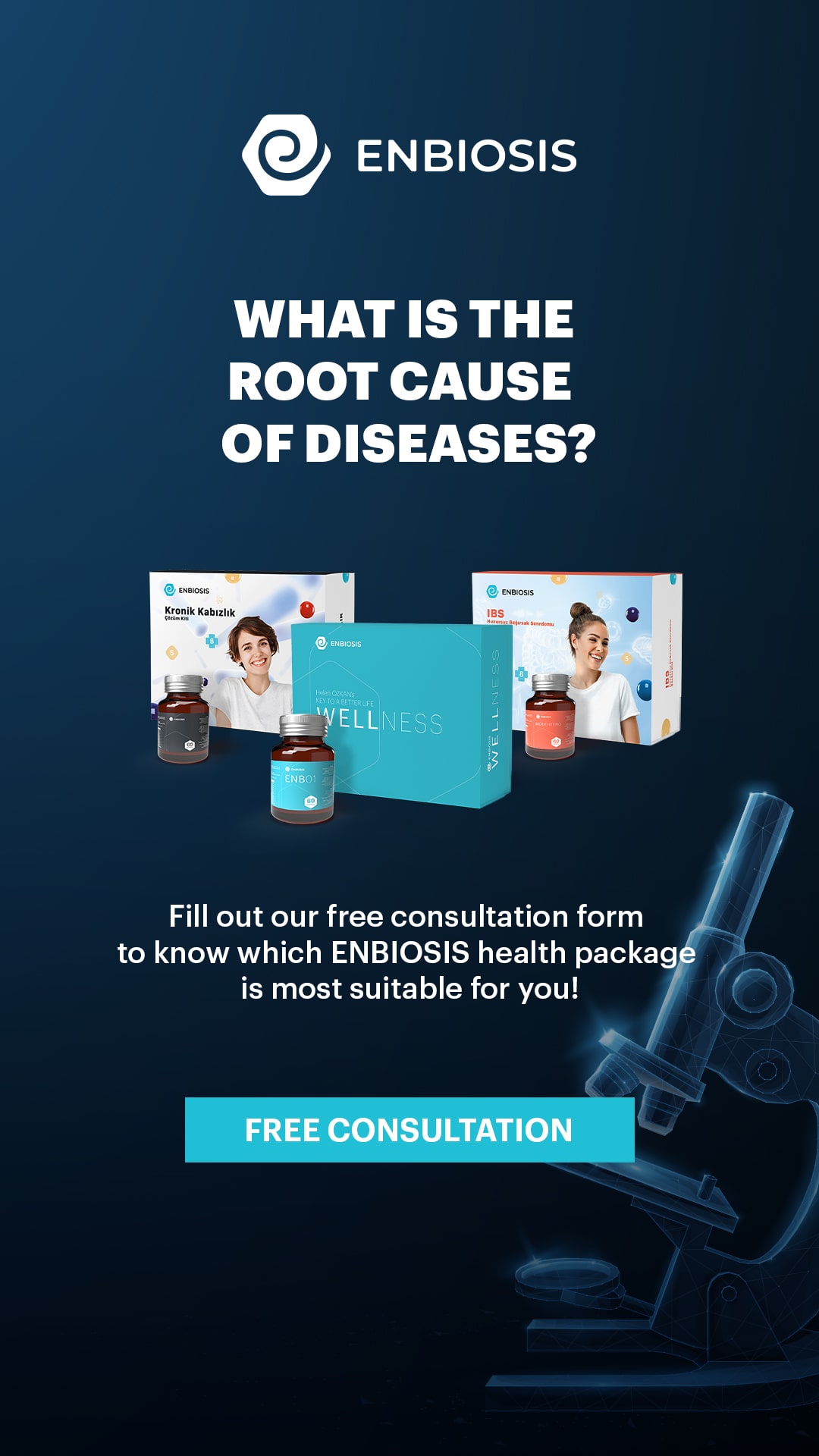 The most commonly reported clinical features of patients with IBS include altered bowel habits. This syndrome is usually observed in the form of constipation (IBS-C), diarrhea (IBS-D), or a mixture of both conditions (IBS-M).
Despite extensive research, the causes of IBS have not been clearly elucidated yet. However, studies reveal that exposure to stress, genetic factors, dietary habits, previous infections, and most importantly, bowel health are very effective in the development of IBS.

If you think about how IBS will be cured and you still haven’t found a solution yet, don’t feel hopeless! You may have looked for the solution in the wrong places until now.

Many studies have concluded that disruption in the balance of the gut microbiota plays an important role in the development of IBS. The gut microbiota can affect the processing of nutrients, food sensitivity, gut motility, and permeability, thereby triggering the symptoms related to IBS.

Studies have revealed that patients with IBS experience excessive bacterial growth in their small intestine or altered gut microbiota. A recent meta-analysis revealed that bacteria such as Bifidobacterium, Lactobacillus, and Faecalibacterium prausnitzii were significantly reduced in the microbiomes of patients with IBS (especially IBS-D) compared to healthy individuals. Another interesting fact is that most of the patients diagnosed with IBS have had a deterioration in their microbiome as a result of infections in the digestive system; then, they were diagnosed with IBS.

The studies that were conducted using the 16S ribosomal RNA technique and machine learning reported that there was a gut microbiota profile specific to the patients with IBS. Recent data have suggested that “mycobiome” communities are altered in IBS patients, and this may be associated with the development of visceral hypersensitivity, referring to the hypersensitivity of internal organs.

New approaches in the treatment of IBS

Digestive problems experienced in IBS and their severity may vary from person to person. While some people may experience mild symptoms that appear occasionally, others with the disease may be more impacted in terms of their professional lives, sleep patterns, and sense of pleasure. While some struggle with diarrhea, others may suffer from constipation. Moreover, these two conditions can be experienced alternately. One of the major reasons the symptoms differ so much from person to person is the microbiome profile, which is unique for each individual, as are fingerprints. On the other hand, increasing evidence for IBS and the microbiome provides an important treatment option for this disease by maintaining the microbiome balance.

Patients with IBS often have psychological distress, such as depression or anxiety, that accompanies the disease. Although stress is not the only cause of IBS, it can worsen your symptoms. A recent study found that the use of a “psychobiotic” containing Bifidobacterium longum for 6 weeks improved depression, and moreover, decreased anxiety or symptoms related to the digestive system in patients with IBS compared to the control group.

Certain foods are considered a triggering factor for the symptoms of IBS. Studies in this field reported that symptoms in 64-89% of patients with IBS were triggered by specific foods; however, there is not a certain “irritable bowel syndrome diet” that fits all as of yet. In recent years, there has been an increasing interest in FODMAPs (fermentable oligo-, di-, monosaccharides, and polyols), which may be contained in foods. A low-FODMAP diet (LFD) is often recommended for the treatment of IBS. Some reports state that a low-FODMAP diet improves the quality of life by reducing the symptoms observed in IBS. However, there is still a need for more comprehensive and long-term studies, and more importantly, the lack of knowledge about the impact of this diet on the gut microbiota has raised concerns of various authorities.

ODMAP is a large class of carbohydrates, which consist of sugar that is poorly absorbed in the small intestine and cannot be digested. FODMAPs are widely contained in various foods such as fruits, vegetables, legumes, grains, milk and dairy products, and sweeteners. Although all FODMAPs are considered potential triggers for IBS, they do not present the same symptoms in all patients. Restriction of FODMAPs may reduce the diversity and numbers of beneficial bacteria in the microbiota as it reduces the intake of natural prebiotics.

Several studies investigating the effect of a low-FODMAP diet on IBS revealed that Akkermansia muciniphila, one of the beneficial microorganisms, decreased as a result of the diet. In addition, following a low-FODMAP diet for a long time can cause deficiencies in vitamins, minerals, and antioxidants. The diets of IBS patients contain lower levels of carotene, retinol, riboflavin, calcium, magnesium, and phosphorus.

The degree of microbiome imbalance in IBS patients varies depending on diet. According to the results of a small-size study conducted with children with IBS, following a low fermentable substrate diet significantly reduced the severity and frequency of abdominal pain in some of the children, but not all of them. It was observed that the gut microbiota composition in children who responded to this dietary intervention was different compared to the children who did not respond. This reveals that the effectiveness of dietary interventions can be affected by the microbiome of the patient.

Therefore, starting your treatment for IBS by modulating your microbiome with the right nutrients is an important step in getting rid of your problems. You can restructure the damage that occurred in the bowels by eating according to the needs of your microbiome, and you can increase the quality of your life by reducing your symptoms. 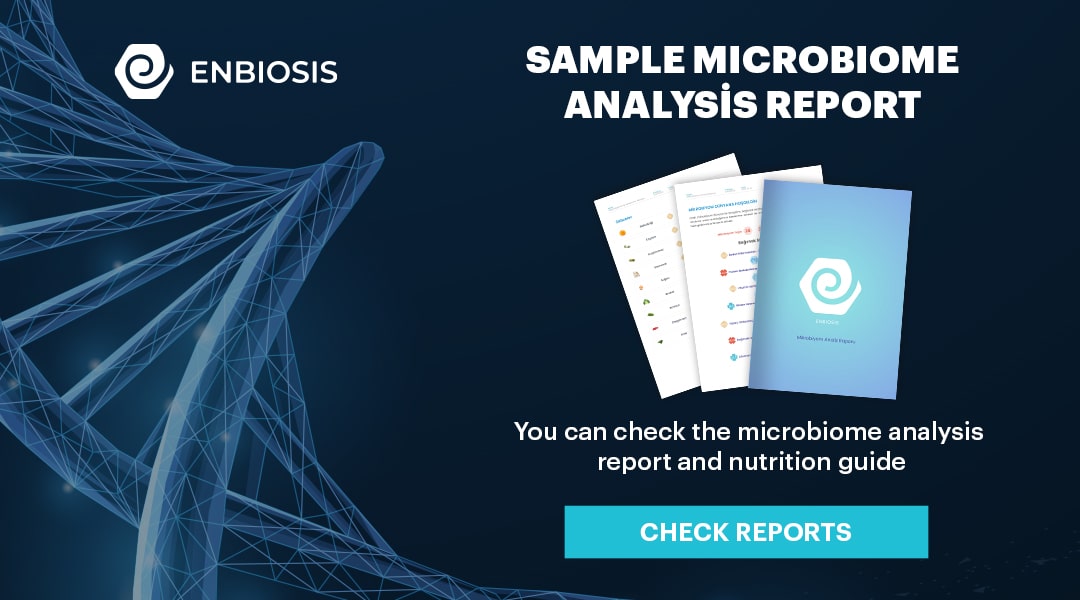 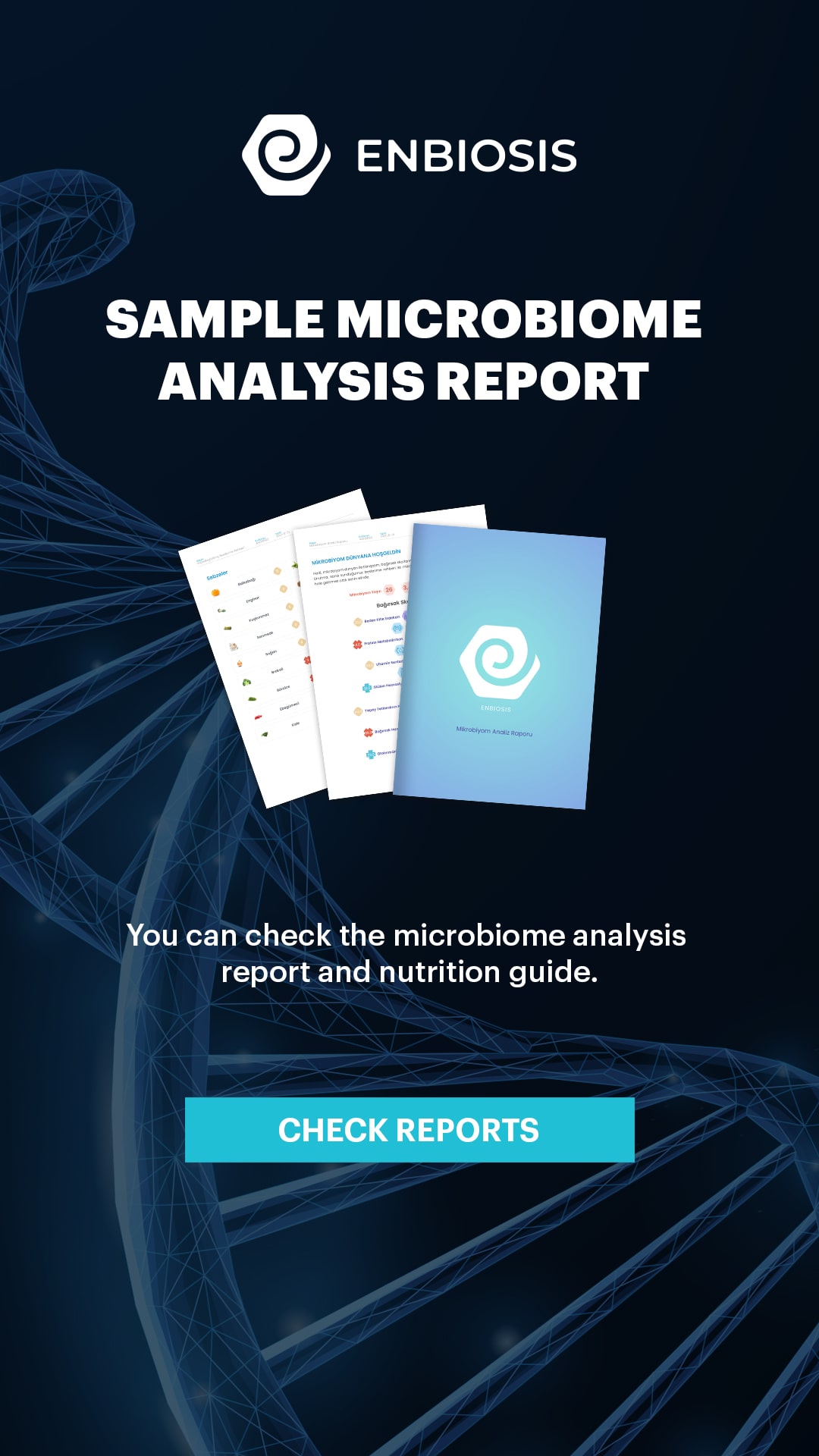 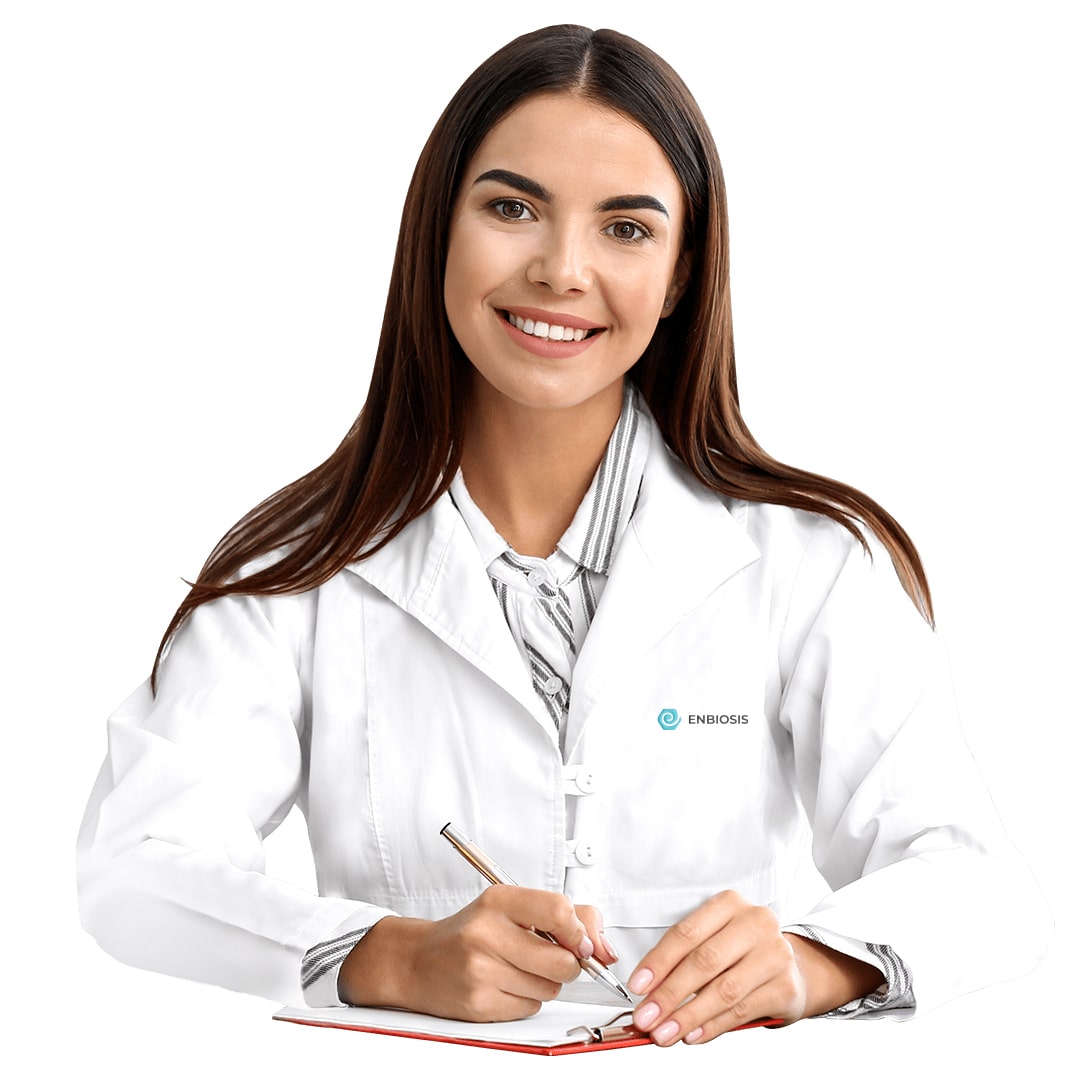